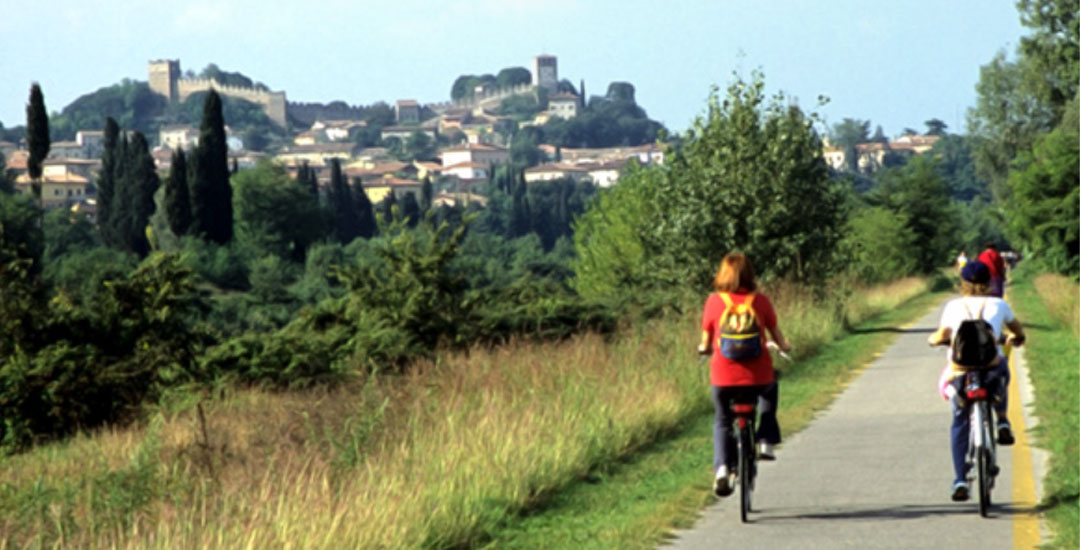 There are 36 main cycle routes that cross the Mantua area and connect it with the routes of the neighboring provinces.
The entire network of cycle paths is divided into real cycle paths, and general paths, which can also be traveled by cars.
We move on from the Upper Mantuan cycle paths (Castiglione-Pozzolo, Mantua-Peschiera and Cavriana-Ponti), to the paths along the banks of the Po, Secchia and Oglio rivers.
The multitude of possibilities makes these cycle paths suitable not only for athletes, but also for those who wish to discover the natural and urban landscapes as an amateur.
LINK TO DOWNLOAD MAPS OF CYCLING TRACKS: https://www.provincia.mantova.it/context.jsp?ID_LINK=553&area=7