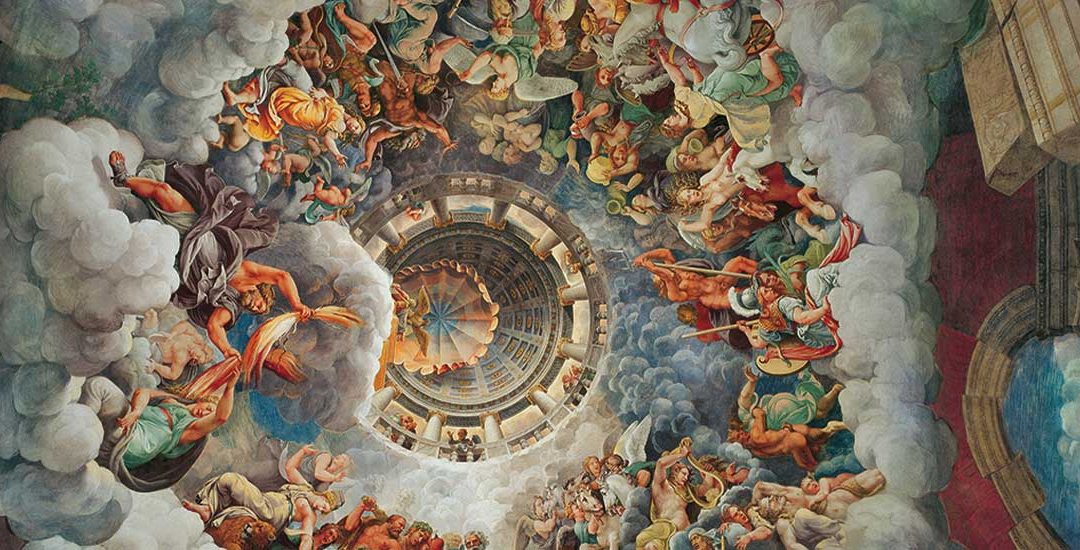 Palazzo Te, built between 1524 and 1534 by the architect Giulio Romano on commission of the Marquis of Mantua Federico II Gonzaga, is a Renaissance villa, now home to the civic museum and the international center of art and culture of Palazzo Te which organizes exhibitions of ancient and modern art and architecture.
The building has four entrances on the sides and in the center a large square courtyard like the plant itself, once decorated with a labyrinth.
Among the various rooms, the most famous is that of the Fall of the Giants whose fresco was painted between 1532 and 1535, completely covering the walls and the ceiling with the illusionistic representation of the battle between the Giants trying to ascend to Olympus and Zeus rejecting them.